Burrito Bison: Launcha Libre comes crashing into PC!
Developed by Juicy Beast x Kongregate, the masked luchador (a person who competes in lucha libre wrestling) in this game has got only one thing to do. Be launched into the air as far and speedy as possible, squashing the gummy bears in the occasional “crash” landing process, and reaping the rewards along the way! Don’t be fooled though, for as cute as they may look, these gummy bears are very bad news.

One fine day, as you were shopping around in this little town for the ingredients of a recipe you were hoping to make, you heard some weird noises coming from one of the aisles, followed by loud explosive bam whams! Not long after, hundreds of gummy bears have grown into human-sized miscreants, tearing up the town! A gummy bear even took off with your recipe book. That was the final straw.

You’re not a hero, and you don’t want to be, but why not milk this situation and save some people at the same time? You upgrade your launch gears, speed, and ability to gain more money from each squashable bear… all in order to escape this languishing town. You need to get the heck out of here asap, and then call the Marvel folk. This is right up their alley.

It’s so pleasing to be squashing everything in your way

Whether it’s the gummy bears, the rocket bouncers, the explosive bombs… our masked luchador loves bashing everything in his way (he’s a luchador, after all). That sense of satisfaction that one gets squashing a group of gummies is so powerfully fun you would probably never get used to it. We love the concept of a crazed luchador smashing up the town in a frenzy, and even though this game is very challenging as we progressed, it’s not one of those games you swear off after a whole bout of frustration (ahem, cough *Flappy Bird* cough*). It’s visually and aesthetically pleasing as well!

It’s got a mission chart, so you know what to do

The mission chart enables you to be kept in the loop of To-Dos. Apart from the prime mission of “GET OUTTA HERE”, our masked luchador have several other reward-unlocking tasks that would boost his chances of surviving in other gummy-infested towns, and simply just become stronger, we guess. He can grow as a person amidst the chaos, too 😉

The concept seems really simple, and launch games are, in essence, very easy to grasp. But Burrito Bison: Launcha Libre seems to have taken it a whole level higher. With so many upgrades that are constantly in your reach within every two to three launches of earning money, you are kept on your toes and are better able to evolve your character almost after every level!

Who has ever heard of paying to upgrade your enemies? Absurd! But in Burrito Bison: Launcha Libre, paying to upgrade your enemies is a long-term investment. With tougher enemies, you also get more money and rewards! Apart from upgrading enemies at a low cost, you get to unlock tons of cool presents and rewards! Check out this pinata (it contains loads of goodies inside)

Almost everything you intuitively have thought of improving your character since its first launch has been thought of by the developers already. More elastic cables? Check. Better bounciness? Check. Stronger slams? Check. Check. Check!

I used this solution (since you can no longer download windows ISOs from Digital River like the accepted answer suggests). I don't understand @Ramhound's comments, or the downvotes. I was in the same situation as the author this weekend. This answer is very helpful. Windows 7 repair disc iso. Also, at least as far as I can see, there is no indication that the OP is 'already aware' of the above method - it seems quite clever to me.–Dec 14 '14 at 10:03.

At over 70,000m of luchador launching distance in the gaming community, it shows us one thing – that going that far and that fast is possible! If you’re constantly hitting 1,000m or less, don’t fret. As you continue to upgrade, tweak your slams and adjust timings, you will become better. Keep trying to break your own records as you strive to hit tens of thousand meters! Directx 9 windows 7 ultimate 64 bit download.

Go for “Critical Hits” and “K.O” if you can! We find that to get these hits, we need to launch our masked luchador just slightly below a straight-on hit! When you get spectacular launches, they land you lots of money and an awesome, flying head start!

Bouncing on gummies slow you down

Try to avoid bouncing on gummies as that will slow your speed down! To maintain your speed or at least not have it dip too much, use your body slam (a.k.a rocket slams), especially when you see a punching machine or an explosive coming your way.

Aim for the skies

Literally! It’s better to soar high above and bounce on pink clouds and stuff than to constantly hop on the gummies, because there’s a lot of ground, and too many chances of knocking yourself out like a light.

He looks like a furry black gumball in play. When you get the Great Gumsby, you start out in a literal hand. Tapping will make you go up and since what goes up must come down, it will just sink if you don’t constantly bounce it. There are three hats that float in front of you, with a card below one of them. They mix up. You need to go through the right hat to get the card if possible. If you don’t, you’ll still get the bombs that will boost your speed. If you don’t touch any of the hats then nothing will happen, you still move through the game as usual.

Get ready to play!

1
Click the downloaded file at the bottom of your screen.
2
Click 'Yes' on the system dialog window to start of your game installation.
3
Once download is completed, the game will start automatically. 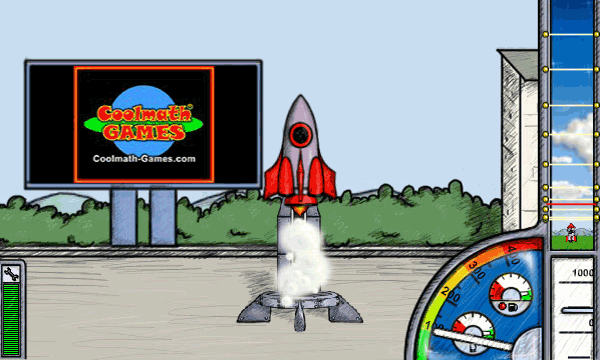 “It's hilarious, it's well done, it has amazing game play that doesn't get old, the music is amazing: it's perfect!”

★★★★★
“It's hilarious, it's well done, it has amazing game play that doesn't get old, the music is amazing: it's perfect!”

Do you get amazed with clashes between huge armies? Or are you a history buff who wants to recreate some of the most epic conflicts in history? If yes, then stay right there and consider checking out the game featured on this page. Barbarossa pc game. Epic Battle Simulator from Rappid Studios is an engine that enables you […]

Use Your Smarts to Escape the Sinking Titanic Before It’s Too Late! The Titanic is sinking, and you have to escape the boat to save yourself from drowning! Escape Titanic challenges you to difficult puzzles that can test your wits, logic, and speed. There are no instructions, so you have to figure everything yourself! Download […]

Do you love card games that feature complex deck-building? Do you love Tolkien-ish high fantasies and Magic: The Gathering? If your answer is yes, then this is a game that you will surely enjoy. Download Deck Heroes: Legacy for free and get ready for an amazing PC game adventure. Deck Heroes: Legacy PC Features […]